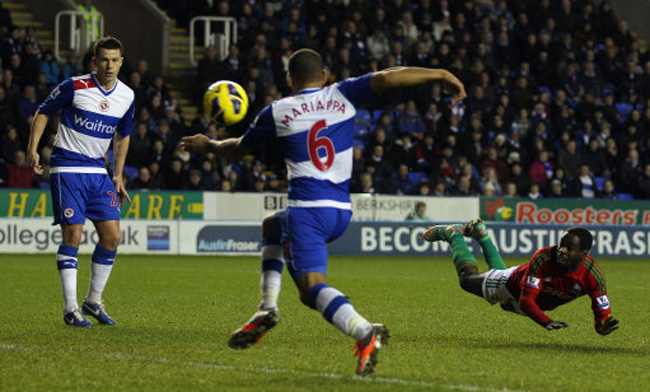 Despite dominating for at least the first hour of this Boxing Day clash, Swansea couldn’t break down a hard-working Reading side at the Liberty Stadium.

Michu did have a great chance to open the scoring in the first period, only to blast his effort over the bar. However, after the break, the Royals improved, with the introduction of sub Adam Le Fondre energising his side.

Indeed, Le Fondre even had the ball in the back of the Swans’ net, only for referee Mike Jones to disallow the goal and book the striker for a handball.

Royals’ ‘keeper Adam Federici then made a superb save to foil Nathan Dyer before Chico made a goal-line clearance to block a Le Fondre effort and that was that.

Brian McDermott and co. will no doubt be pleased with a point and clean sheet while Michael Laudrup, who saw Michu limp off late on, will be somewhat disappointed not to secure a victory.