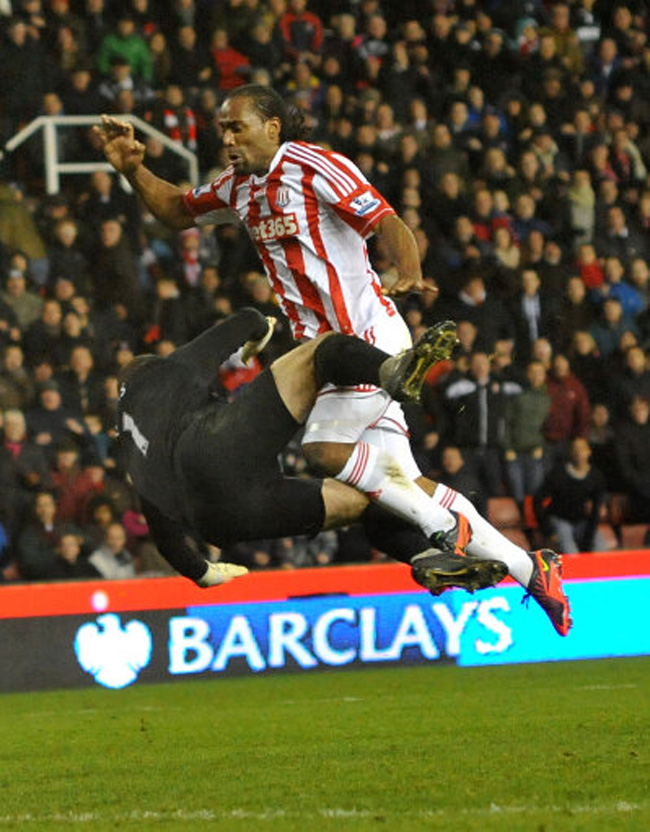 Prior to yesterday’s clash, The Britannia Stadium hadn’t witnessed too many goals this season, as draw specialists Stoke usually nullified their opponents without scoring too many themselves. However, Nigel Adkins’ struggling Southampton managed to breach the Potters’ defence three times on Saturday, in an entertaining and dramatic clash.

The Saints started positively and were rewarded for their start with the opening goal of the game on 10 minutes, courtesy of Rickie Lambert. However, the home side hit back with a clever back-heel from Kenwyne Jones. However, the visitors soon breached a Stoke defence missing both Ryan Shawcross and Geoff Cameron again, this time courtesy of Jay Rodriguez.

Things got even better for Southampton on 36 minutes, when Andy Wilkinson put through his own net as the home side struggled against a vibrant Saints.

With the Potters wobbling, Southampton had a great chance to put the game out of sight early in the second-half, only for Guly do Prado to miss an open goal from 18 yards out.

That miss proved costly for the visitors, as Stoke fought back as Matthew Upson and then Cameron Jerome (with a superb strike), at the death, secured a point for the home side. A point made all the more impressive considering midfield enforcer Steven N’Zonzi had been sent off on 70 minutes.

Southampton stay in the bottom three although Adkins and co. will be surely be buoyed by their positive display, while Tony Pulis’ Potters are now eighth.