Swiss village side FC Gspon don’t have many claims to fame, but the one they are able to laud is a beauty. Carved into the mountains just outside the resort of Zermatt and above the valley of Saastal, Gspon’s Ottmar Hitzfeld Stadium clocks up a lofty altitude of around about 2,000 metres (6,561 feet) above sea level, making if the highest stadium in Europe… 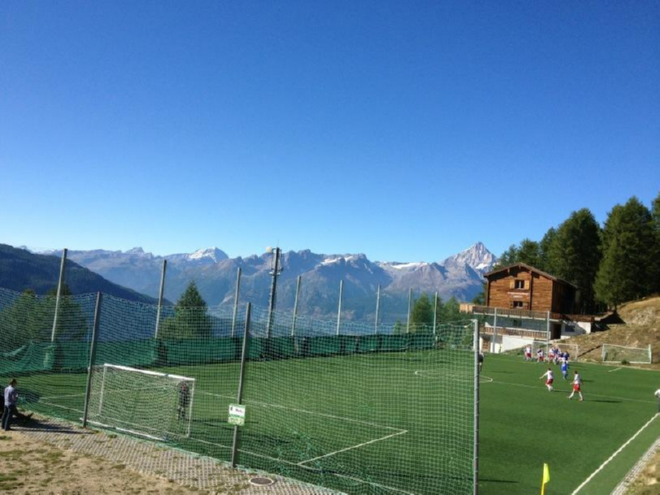 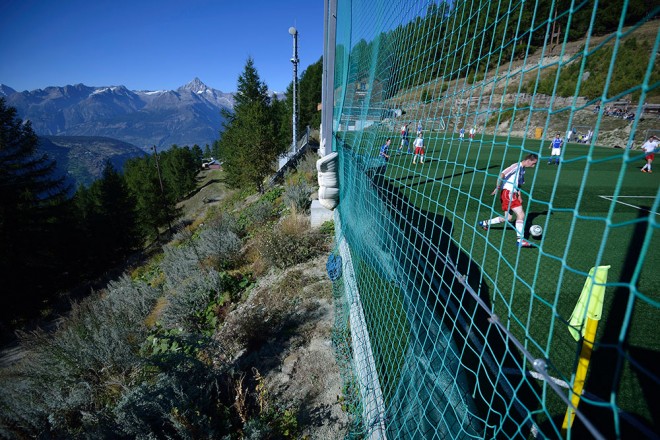 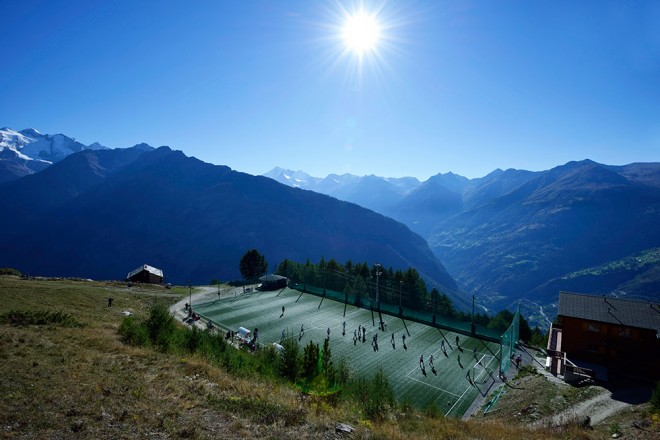 As views go, that ain’t bad

The “stadium” was built on the only available flat piece of land which wasn’t actually big enough to accomodate a full-size pitch, so Gspon FC play on a 3/4-scale pitch turfed with artificial grass as the altitude prevents real grass from taking root sufficiently to cope with the rigours of regular football matches.

The Ottmar Hitzfeld is also too high for vehicles to function properly, so all players and staff are forced to arrive by cable car from the nearby village of Stalden…

(Via Ford’s Fascinating World Of Football and Wired)