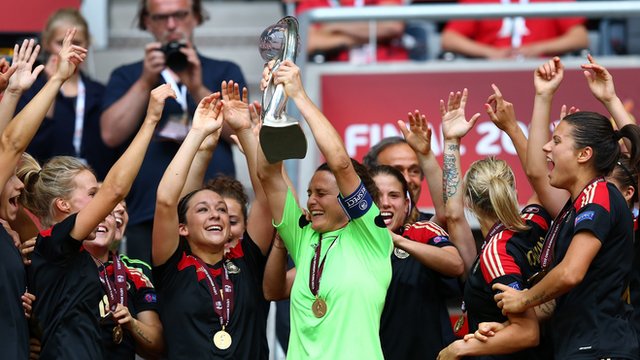 The Germans started slowly but would ultimately break the deadlock in the second half, courtesy of sub Anja Mittag who scored after a superb passing move from the holders.

However, the real hero for the Germans was goalkeeper Nadine Angerer, who saved not one, but two penalties from Trine Ronning and then Solveig Gulbrandsen to see off the Norwegian challenge.

It was a cracking final and one well worth a watch!