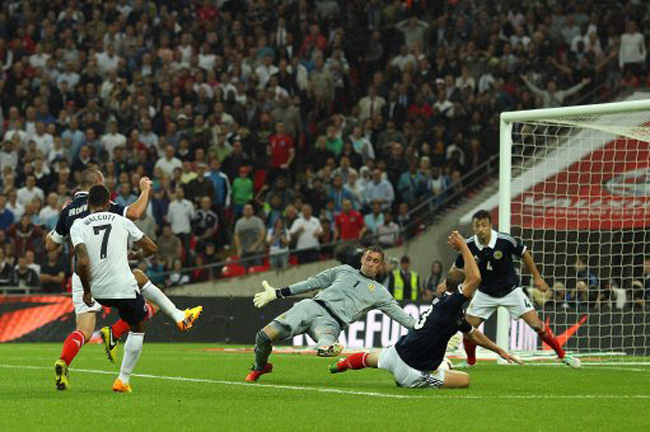 Southampton’s Rickie Lambert made the perfect start to his international career on Wendesday night, heading home with winner against Scotland with his first touch in international football.

Scotland may not boast a host of big names, but they produced a fine battling display under manager Gordon Strachan, and found themselves a goal up after just 11 minutes, courtesy of a James Morrison effort which Joe Hart fumbled into his own net.

A fine individual goal from Theo Walcott leveled the scores on the half-hour mark before a Kenny Miller rocket again put the visitors ahead, this time just after the re-start. However, England battled back, with Danny Welbeck making it 2-2 soon after before Lambert secured the victory on 70 minutes when he powered home a Leighton Baines corner.

In a highly entertaining clash, Scotland looked like a side growing in confidence under Strachan while for England, Wilshere and Gerrard formed a promising partnership in midfield.