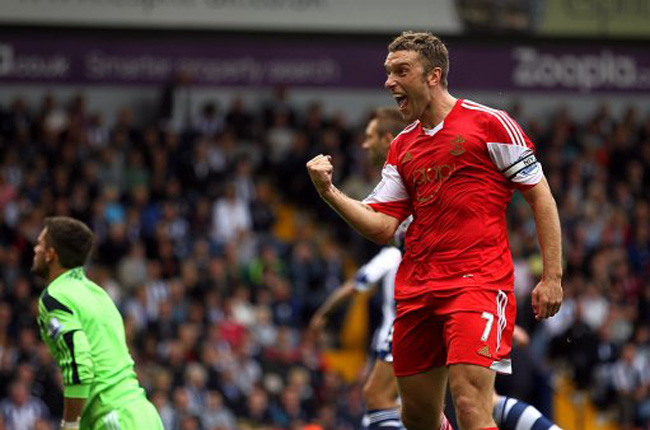 There was little to get excited about at the Hawthorns on Saturday, with West Brom and Southampton playing out a rather dull opening day fixture.

Nicolas Anelka was making his debut for his sixth different Premier League side but the fleet-footed Frenchman had a little joy against a disciplined Saints’ backline. However, eventually the deadlock was broken, albeit at the death.

England’s recent goal-hero was the man to secure all three points for the Solent side, firing home from the penalty spot after Luke Shaw had been fouled in the box by Youssouf Mulumbu. And that was that!