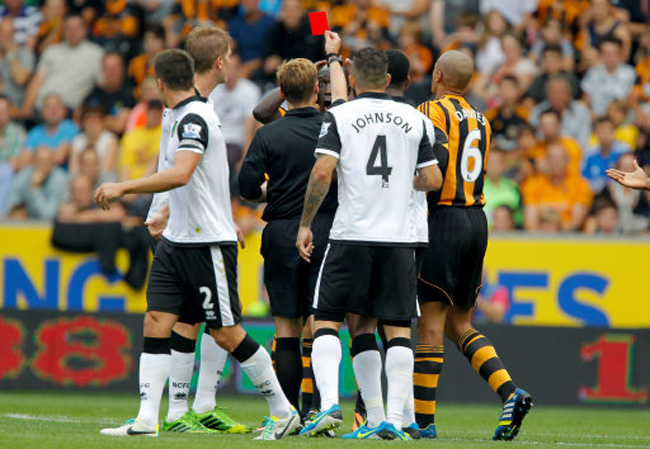 Despite having to play the majority of the game with 10 men, Steve Bruce’s Hull City battled hard to carve out a precious win at home to Norwich.

Robbie Brady netted the only goal after the game from the penalty spot on 22 minutes, after  Yannick Sagbo had been fouled in the box by Michael Turner. However, not long after Brady had converted the subsequent spot-kick, Sagbo was sent off for a headbutt on Canaries captain Russell MArtin.

Chris Hughton’s men had plenty of time to get back into the game, but with Hull ‘keeper Alan McGregor in superb form, the visitors couldn’t get on the scoresheet, leaving new-boys Hull to pick up all three points.