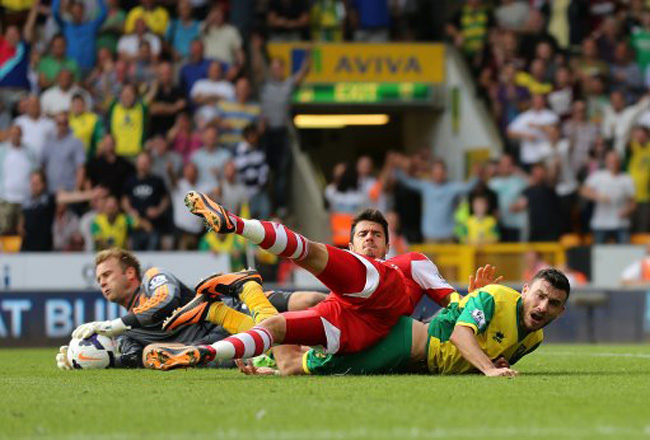 Despite making a good start to the game, the Canaries rode their luck in the first-half, with referee Howard Webb somehow failing to award a penalty when Bradley Johnson clearly handled the ball in the Norwich box. The player whose shot hit Johnson’s arms, Adam Lallana was again unlucky when another effort struck the woodwork after the break as the Saints pushed for a goal.

The visitors kept plugging away up front with big-money signing Dani Osvaldo going close before, somewhat against the run of play, Redmond fired home to give Chris Hughton a much-needed victory.