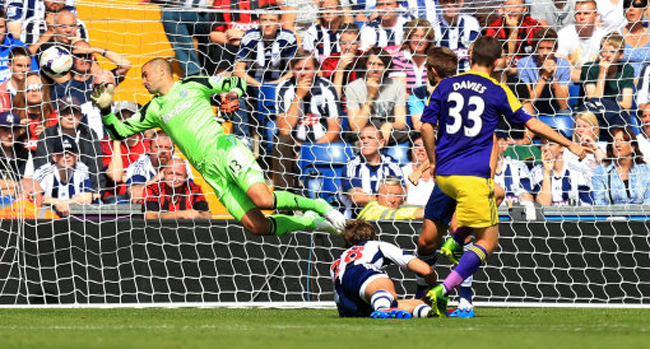 Swansea secured a deserved victory at the Hawthorns on Sunday, a result which leaves Steve Clarke’s Baggies without a goal or a win this season.

Defender Ben Davies opened the scoring on 22 minutes courtesy of a superb volley before Pablo Hernandez doubled the visitors’ advantaged late one.

The home side struggled to threaten the Swans’ goal with Nicolas Anelka, back after his compassionate leave, the brightest of the Baggies’ front-line. However, it was Michael Laudrup’s men who created the best of the chances as they secured their first points of the new season.