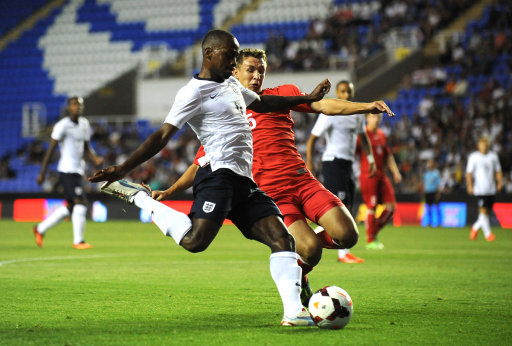 West Brom striker Saido Berahino netted the only goal of the game in the England U21 side’s win against Moldova on Thursday night, and what a decent strike it was.

The goal secured a win for new boss Gareth Southgate in a promising display by the young Lions.

Burundi-born Berahino, now 20, came to the UK when aged just 10 years old when his family were granted political asylum. Y’know, the type of people Vinny Jones would rather we didn’t have in the country. He must be fuming tonight!