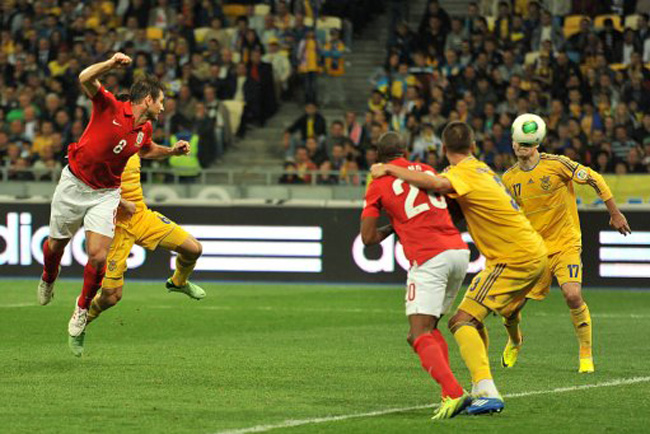 England stay top of Group H after playing out a pretty awful goalless draw in Kiev.

In a game of few chances, it was the hosts who closest to breaking the deadlock after the break, with Artem Fedetskiy missing a great chance late on. Frank Lampard, making his 100th senior England appearance, also went close at the death, heading wide when he really should have done better.

England rarely strung two passes together while Lambert, Milner and Walcott up front were all pretty woeful, with the Arsenal man the victim of a nasty tackle from behind which eventually saw him limp out of the action (to the horreur of Arsene Wenger, one imagines). Not great viewing which wasn’t helped by Andy Townsend’s continuous know-it-all co-commentary. He really is the king of hindsight.