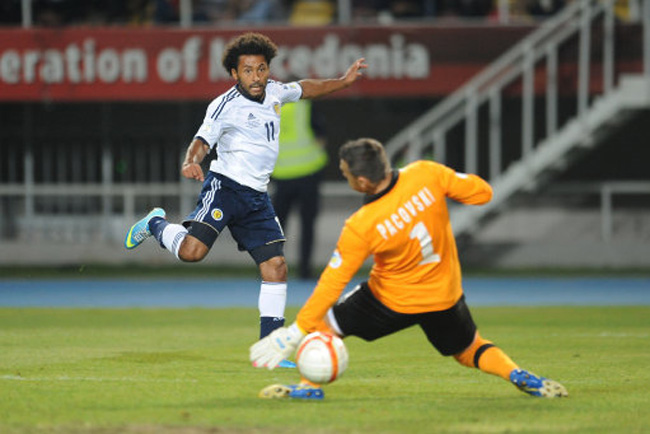 A superb late free-kick from Shaun Maloney secured a deserved victory for Scotland in Macedonia, a result which will have given the Tartan Army hope for the future.

Ikechi Anya, making his first start for the Scots, opened the scoring on the hour-mark before Jovan Kostovski leveled the scores with just seven minutes of normal time to play after the home side had started to turn the screw. However, when James McArthur was fouled on the edge of the Macedonian box, WIgan schemer Maloney stepped up and directed a superb strike into the top corner.

Brazil ma be out of reach for Gordon Strachan and co., but the future is looking a little brighter now for the Scots.