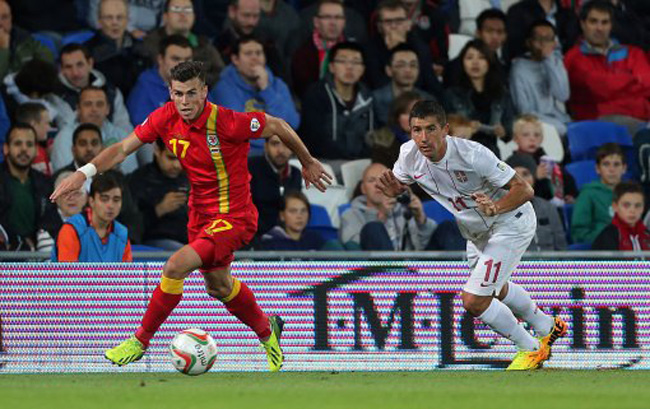 The ubiquitous Gareth Bale finally got back to action on Tuesday evening, courtesy of second-half sub appearance against Serbia. However, even the most expensive player in the world couldn’t help the home side go down to a 3-0 defeat.

The visitors were much the better side, with the goals coming from Nantes striker Filip Djordjevic and Man City’s Aleksandar Kolarov (a cracker) in the first half and then Lazar Markovic of Benfica after the break.

Aaron Ramsey did his best in the middle of midfield while Craig Bellamy worked hard as usual, but Chris Coleman’s side were well beaten and now find themselves rock-bottom of Group A.