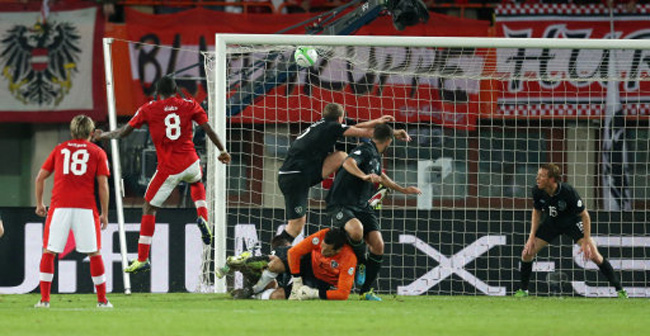 Bayern Munich’s mdifielder/defender David Alaba was the star of the show for Austria on Tuesday night, producing an impressive display in the centre of the park which he topped off with the only goal of the game.

Ireland started with Anthony Pilkington for the first time as Giovanni Trapattoni’s side attempted to secure a win made all the more vital after Sweden had won in Kazakhstan earlier in the day. However, it wasn’t to be for the Irish, with the hosts fashioning the better chances throughout. However it would take until the 84th minute for the Austrian to finally make the breakthrough, courtesy of star man Alaba.

Trap’s reign will now, barring the most miraculous series of results ever, end in disappointment although it had been apparent for some time that the veteran’s approach to the game which still couched in the 80s and90s. What Ireland need next is an injection of modern football sensibilities. Or if not that, at least man-motivator supreme Martin O’Neill?

Highlights (of the goal anyway)…