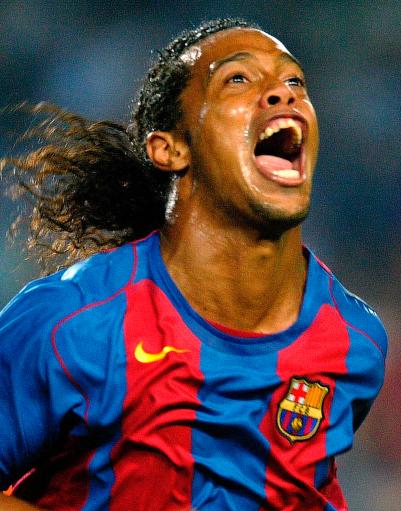 We’ve no idea if it’s actually true or not but the word on the wire is that, back in his commercial heyday, there were clauses written into Ronaldinho’s contracts that prevented him from altering his famously “asymmetrical” smile.

However, now aged 33 and able to conduct his dental situation with a bit more freedom, the Atletico Mineiro playmaker has decided to finally get his wonky Hampsteads sorted at an orthodontic clinic in Brazil at a cost, if the figure in the video is to believed, of around £36,000. Jeez-uss.

It’s the end of an era people…

‘Tis a sad, sad day in the world of football.