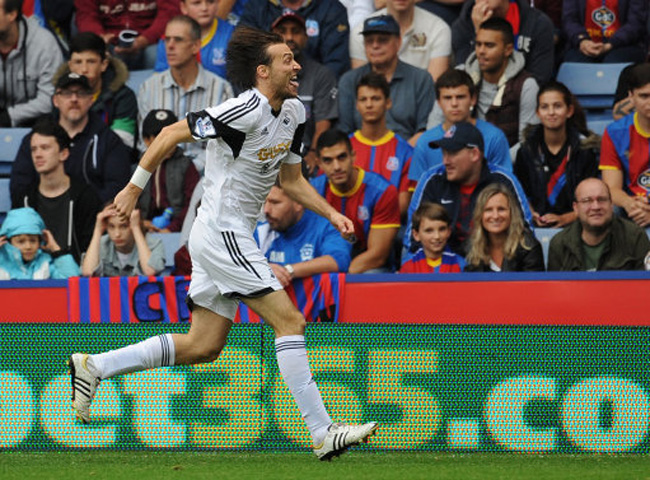 Michael Laudrup’s Swansea coasted to victory at Selhurst Park on Sunday, with Spaniard Michu the star of the show for the visitors.

The striker netted after just 80 seconds and then had a hand in the second which was finished off by Nathan Dyer after the break as the Welsh side dominated proceedings.

Palace produce little in the way of a goal threat, with Michel Vorm rarely troubled in the Swans’ goal, with Ian Holloway’s side looking well short.

Swansea go eighth (for the moment) while Palace stay second from bottom.