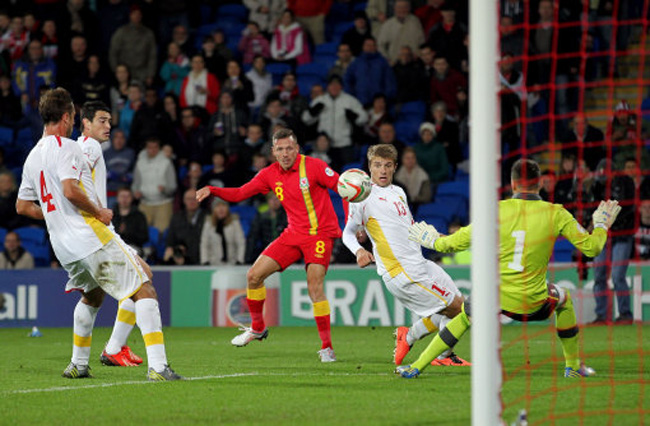 Charlton’s Simon Church scored the only goal of the games for Wales on Friday, a goal which may well have kept under-pressure manager Chris Coleman in a job.

Aaron Ramsey continued on with his good Arsenal form and was a constant threat to the Macedonian backline. Indeed, it was the Arsenal midfielder who had a major hand in Church’s goal,  Producing a superb pass for Craig Bellamy (making his last appearance) who then set up the Charlton man to fire home.

Ramsey missed a penalty late on after winning it himself, but overall Coleman’s side deserved the victory, which puts them above both Scotland and Macedonia in Group A.