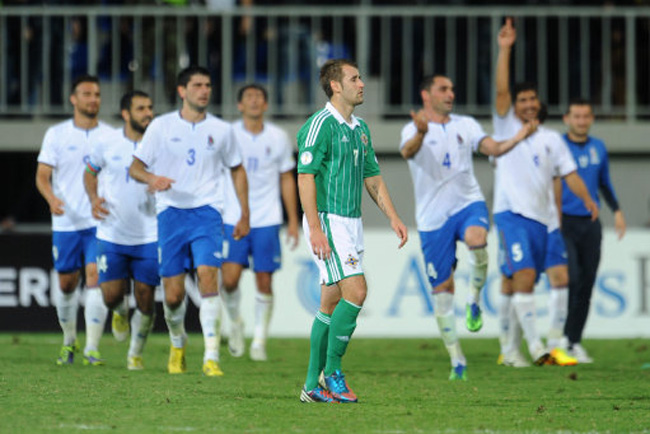 Rufat Dadasov (58 mins) and Mahir Shukorov (90 mins) were the goalscorers for the hosts, with Shurorov’s late free-kick goal coming after Manchester United defender Jonny Evans was sent off for kicking out at Rauf Aliyev.

The Irish did fashion a number of chances of their own, with Martin Paterson hitting the woodwork, but overall, O’Neill’s charges have a lot of work to do before they make any kind of mark on international football.