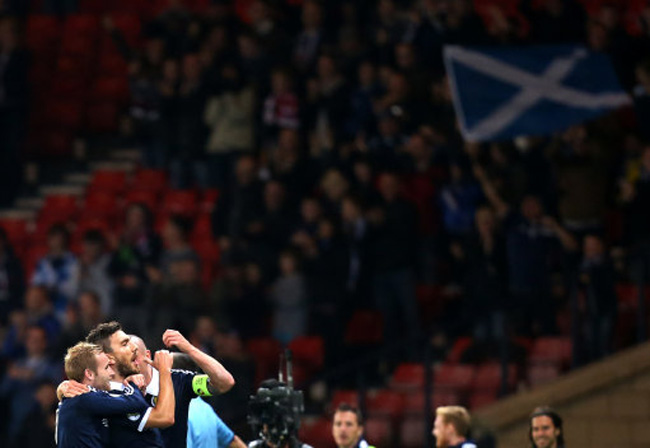 Goals from Robert Snodgrass and Steven Naismith secured a superb win for Scotland against Croatia on Tuesday night, a result which will leave the Scots feeling positive about the future.

The campaign overall hasn’t been great for Scotland, but the installing of Gordon Strachan as manager has kickstarted the national team, culminating in a victory against one of Europe’s stronger side.

The Scots may have finished 15 points behind Group A winners Belgium, but with Strachan at the helm, things look likely to improve.