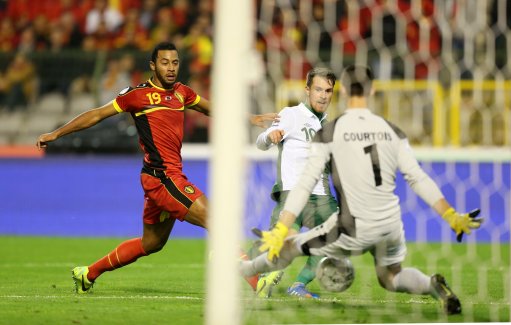 Chris Coleman’s Welsh side secured a superb away draw against the much-fancied Belgians on Tuesday night with captain Aaron Ramsey once again the star of the show.

The Arsenal man netted late on to cancel out Kevin De Bruyne’s goal just after the hour-mark. Welsh ‘keeper Wayne Hennessey was superb throughout while Craig Bellamy bid farewell to international football with a fine display.

Belgium head to Brazil with high hopes but Wales themselves will surely be optimistic about their own future.