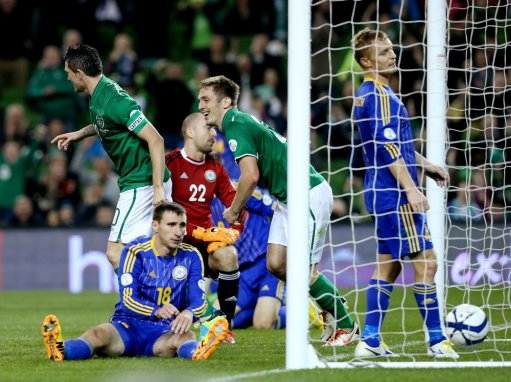 With Ireland’s chances of even a play-off berth for Brazil long gone, the Aviva Stadium was a subdued location for this last game of Noel King’s interim reign as Irish boss.

Dmitriy Shomko fired home a cracker on 13 minutes to put the visitors ahead, but a spot-kick from Robbie Keane, a John O’Shea effort from close-range along with a Shomko OG gave the home side a 3-1 win which at least brought their disappointed campaign to a close with a victory.

With the like of James McCarthy and Seamus Coleman now blossoming in the Premier League, the Boys in Green could well have a bright future, once a new manager is installed.