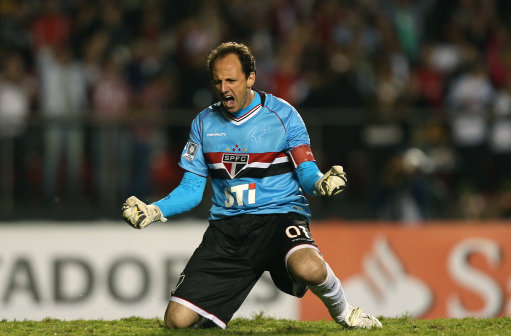 Aged 40, he may be older than most Galapagos tortoises in footballer’s years but Sao Paulo ‘keeper Rogerio Ceni is still more than up to scratch in the shot-stopping department (he also takes a mean free-kick), with the veteran putting in an almighty “non shall pass” performance betwixt the sticks against Chilean side Universidad Catolica in the Copa Sudamericana last night.

Ceni actually conceded three on the night as Sao Paulo eventually ran out 3-4 winners in Santiago, but the old man at the back put in a ‘man of the match’ shift, repelling several times that amount of Universidad efforts over the course of the evening to almost single-handedly preserve his side’s slim winning margin…