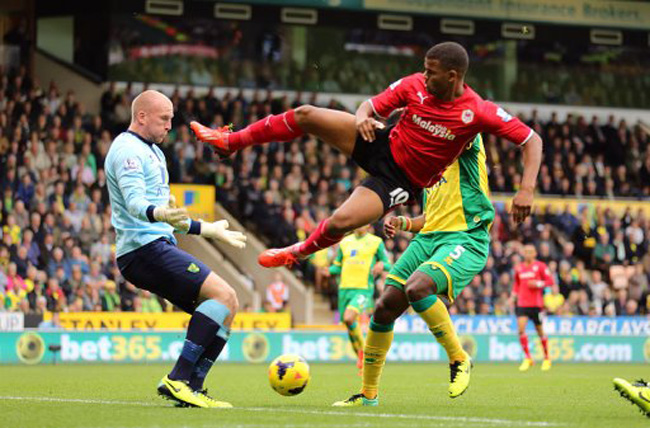 Goalkeepers David Marshall and John Ruddy were the stars of the show at Carrow Road on Saturday, with both glovesmen pulling off a number of fine saves.

Neat the end, Dutchman Fer cheekily put the ball into the Bluebird’s net after Cardiff had put the ball out of play so a player could receive treatment, but ref Mike Jones disallowed the goal.

The result sees Chris Hughton’s men stay in the bottom three with Cardiff just one point off the drop-zone.