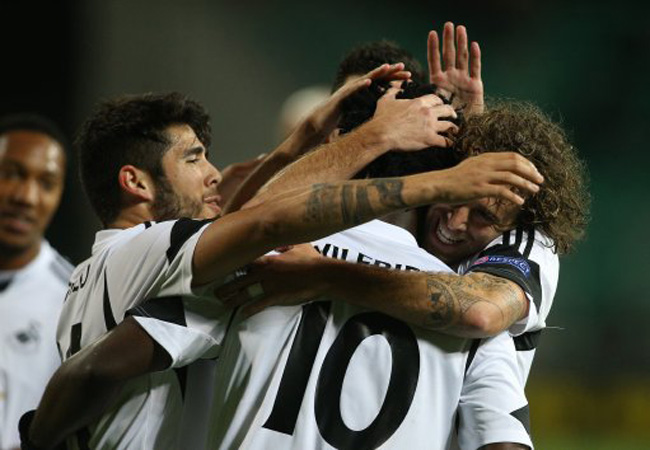 Swansea failed to properly bounce back from the weekend’s defeat to Welsh rivals Cardiff, instead playing out an entertaining draw against Kuban Krasnodar.

Wilfriend Bony gave the visitors an early lead, firing home on nine minutes to move the Swans a step closer to sealing a place in the last 32 of the Europa League. However, Michael Laudrup’s men failed to build on their lead despite creating a number of decent chances and in the end, they were undone by  Ibrahima Balde’s last-minute equaliser.

The result sees the Swans now second in Group A, a point behind Valencia and with their place in the knockout stages still anything but secured.