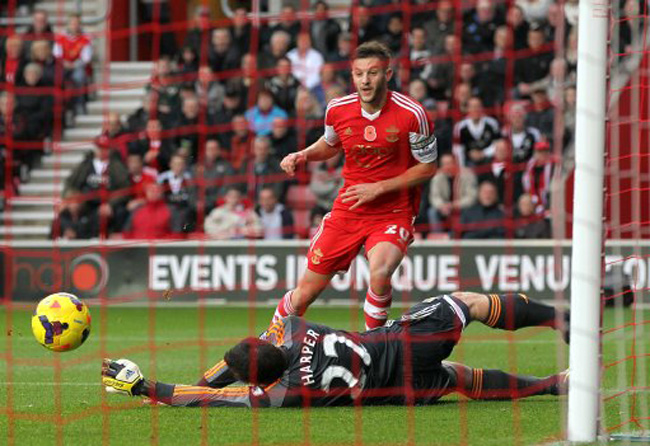 Southampton continued their superb start to the season with a comfortable 4-1 win against Hull at St. Mary’s.

Morgan Schneiderlin opened the scoring early on before Rickie Lambert fired home a spot-kick after Adam Lallana had been felled int he box by Hull ‘Keeper Steve Harper. But it was England new-boy Lallana himself who would score the goal of the game, jinking his way into the Tigers’ box before coolly slotting home.

The 3-0 half-time score was a fair reflection of the game but Steve Bruce’s men did improve int he second period, with Yannick Sagbo netting before Steven Davis reinstated the home side’s three-goal margin before the end.

Can Mauricio Pochettino’s charges really challenge for a European spot this season?