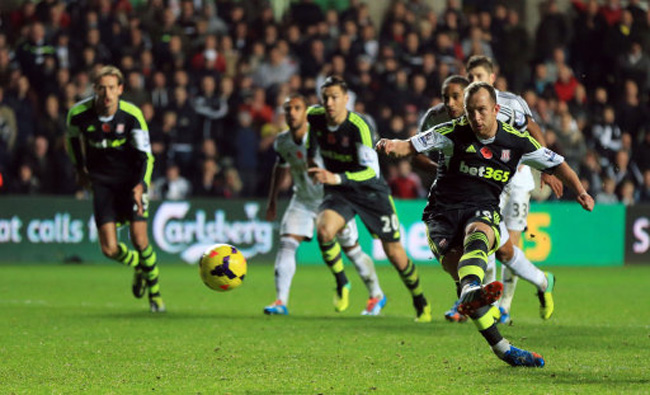 Swansea battled back from two goals down to take the lead against Stoke on Sunday, only to see the Potters equalise with a last-gasp penalty in a dramatic encounter at the Liberty Stadium.

However, after the break, the Swans were a different proposition, with a Wilfried Bony header and an effort from Nathan Dyer leveling the scores. Ivorian Bony then put his side ahead after great work from Jonjo Shelvey as Michael Laudrup’s side headed for a fine comeback victory. But then, with the game into stoppage time, Wayne Routledge was harshly adjudged to have handled in the Swansea box and Charlie Adam made no mistake with the subsequent spot-kick.

Six goals in a Stoke game! Who’d have thought it!