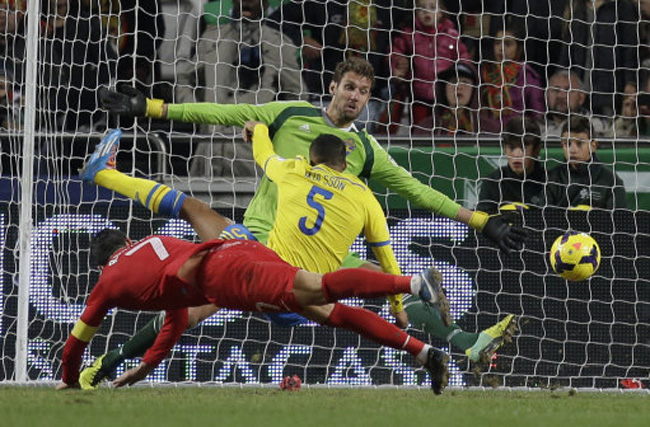 Billed as a head to head clash between the two best players (on current form) on the planet, Cristiano Ronaldo and Zlatan Ibrahimovic, this first legWorld Cup Play-Off clash between Portugal and Sweden was ultimately decided by the Madrid superstar, who headed home late on in Lisbon.

The mighty Zlatan was oddly quiet for most of the game while overall there were few real chances created in this cagey encounter. Although with just one goal separating the sides, expect Zlatan to be firing on all cylinders in the return leg in Sweden.