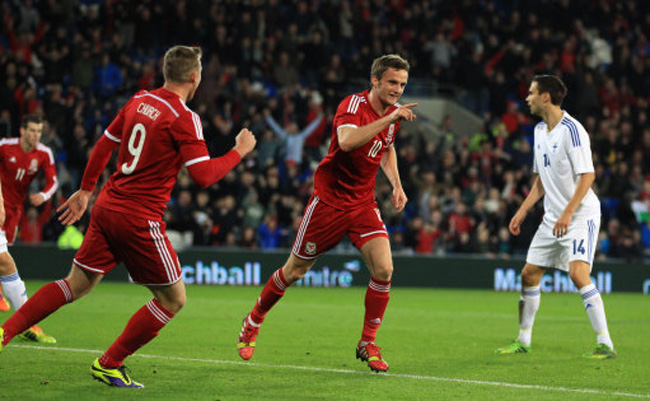 A late late equaliser courtesy of Riku Riski robbed Chris Coleman of a celebratory victory after recently penning a new two-year deal to stay in charge of Wales. However, overall the Welsh boss can be relatively happy with his side’s display.

Gareth Bale played the full 90 minutes and was, unsurprisingly, the home side’s main attacking threat, although it was Andy King who opened the scoring, heading home a Hal Robson-Kanu centre.

While the Cardiff City Stadium fans got to see Bale in action, they missed out on Wales other big name, Aaron Ramsey, who missed the game due to illness.  And the Arsenal man would no doubt have added an extra bit of class in midfield in a game which never fully go going.

Wales looked to have sealed a victory against a decent Finland side when the impressive Roman Eremenko threaded a ball through for speedy forward Riku Riski who finished well. A disappointing end to an average sort of game.