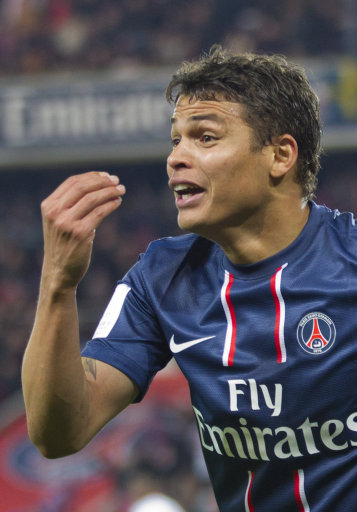 The face of a man thwarted by fate

Here we are! The third instalment in a series that, in all honesty, we completely forgot about for a while: Pies’ collection of the finest disallowed goals ever scored.

In at number three we have this fine non-effort from PSG centre-half Thiago Silva from the tail end of last season, in which the Brazilian defender reaches Zlatan’s round-the-corner pass just a millisecond too late before bending a delicious shot in from a nigh-on impossible angle – only for the linesman to (correctly, as it happens) rule that the ball had crossed the touchline…

You’d think they’d have given him the goal just for having the brazen audacity to try to score from there!

If it’s any compensation to Senhor Silva, PSG still wound up 3-0 winners on the night; a result which effectively handed them their first Ligue 1 title since 1994.