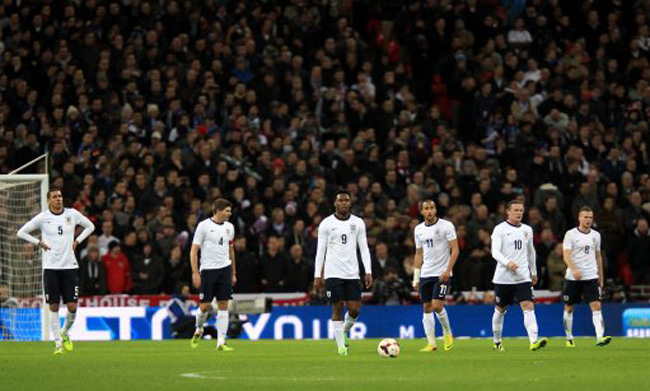 After losing to Chile on Friday at Wembley, England made it two home defeats in a row after going down 1-0 to Germany on Tuesday.

With a whole host of first-teamers either rested or sidelined with injury, German boss Jogi Low picked a mix and match side which still boasted the like of Marco Reus, Mario Goetze and Toni Kroos, but it was Arsenal’s Big F******g German, Per Mertesacker, who nodded home the only goal of the game on 39 minutes.

Overall, the visitors,as expected, were far better at keeping the ball while Dortmund glovesman Roman Weidenfeller didn’t really have a save to make.

Andros Townsend was arguably the Three Lions’ best player, even hitting the post on one occasion, but overall England lacked that extra quality up front to trouble the Germans too much.

These losses to a good Chile side and a very good Germany side will have given Roy Hodgson a lot to think about although the need for English players to improve technically is something he’ll no doubt have been well aware of before taking the job.

Highlights (only the goal so far!)…