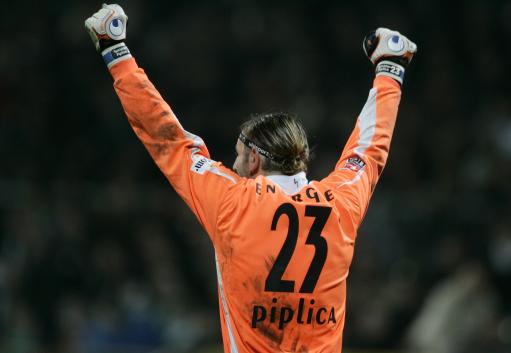 With a doff of the cap to poor old Thibaut Courtois, who dropped a bit of a ricket against Zenit last night, we thought we’d show him that his gaffe is by far the worst we’ve ever seen of the “catastrophic error of judgement” sub-genre of goalie farce – far from it in fact, for that particularly mark of excellence belongs to Bosnian keeper and cult legend, Tomislav Piplica.

Piplica probably isn’t an individual you’re overly familiar with, but most Bundesliga fans of a certain vintage will probably chuckle if you mention his name around them, what with the former Energie Cottbus ‘keeper being fondly remembered in Germany for his propensity to make the most peculiar errors – leaving behind him a career positively littered with bamboozlingly bad mistakes.

His most famous botch, however, came at the tail end of the 2001/2002 campaign. Struggling Cottbus were leading 3-2 against Borussia Monchengladbach with just minutes to go when Piplica went and did this…

Later explaining his baffling actions, Piplica claimed that he merely assumed the ball was going to drop behind the crossbar and, rather than keep an eye on it just in case, decided to go ahead and trust his depth-perception implicitly.

His faith was misplaced.

“It was my fault,” he said after the game. “I thought the ball was going to hit the bar and go over.”

Sadly for Cottbus fans, the ridiculous error against Monchengladbach was far from a one-off as far as Piplica is concerned – so much so that “doing a Piplica” soon became a fairly common synonym for goalkeepers buggering things up royally in Germany.