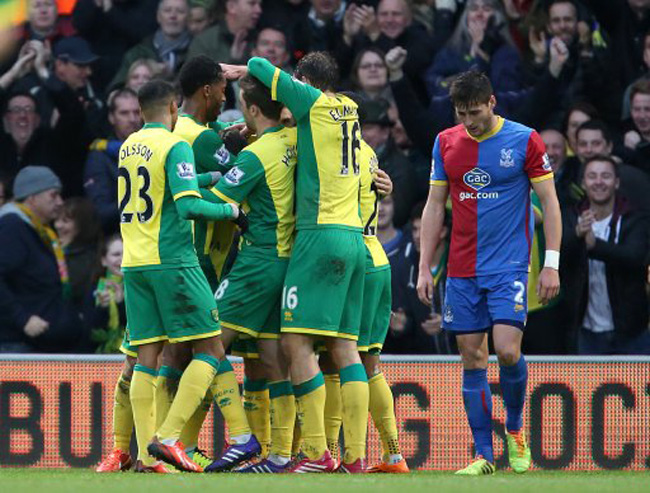 Norwich registered a precious victory against Crystal Palace on Saturday, as Tony Pulis’ first game in charge of the Eagles ended in defeat.

The home side created a number of chances in the first-half, with Johan Elmander hitting the woodwork before the goal finally came, courtesy of Gary Hooper after good play from both Elmander and Wes Hoolahan.

After the break, the visitors rallied and were unlucky not to score when Barry Bannan’s effort was deflected onto the crossbar. But ultimately, the Eagles couldn’t turn their pressure into goals and had to settle for defeat.

With Palace now bottom of the table, Pulis has quite a challenge on his hands.