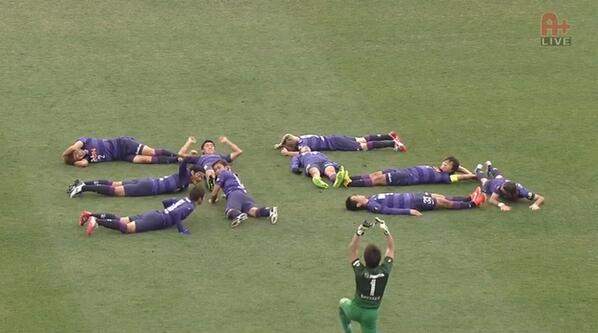 However, there wasn’t anything routine about the celebration that accompanied the only goal of the game, with the entire Sanfrecce team staging a mass homage to one of their retiring team-mates, 36-year-old Koji Nakajima.

After the ball hit the back of the net, the Sanfrecce players began to get down on the floor and formed a human tribute to Nakajima (one of the finest hidden gems on Football Manager 2006-2007) by spelling out his squad number, no.35, with their bodies while the goalkeeper ‘took a photo’ for posterity…