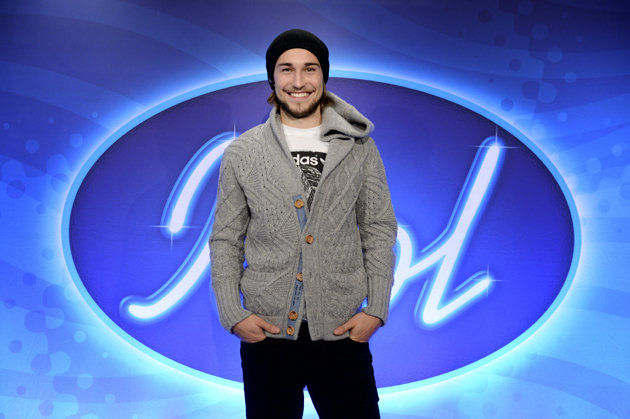 Congratulations are due to GIF Sundsvall midfielder Kevin Walker, who last night won the ninth series of Sweden’s version of Pop Idol.

Walker, 24, who is of Irish decent but was born in Orebro was somewhat of a bit-part player last season when Sundsvall were relegated from the top flight but has become a regular in the side this season (imagine Joey Barton winning the X-Factor and you’re somewhere close) with several of the club’s Superettan fixtures having to be rescheduled to fit around the midfielder’s filming commitments.

According to The Score, Walker sang U2’s ‘Where The Streets Have No Name’, Jon Mayer’s ‘Say What You Need To Say’ and the Pop Idol single ‘Belong’ at the final of the show at the Ericsson Globe in Stockholm, before duetting with Robbie Williams, alongside fellow finalist Elin Bergman, on the ex-Take That singer’s new single, Shine My Shoes.

After receiving more votes than Bergman for his performances, Walker was then crowned the winner, receiving a Universal Music recording contract as his prize.

“It’s unreal! Unreal! Unbelievable!” Walker told Reuters immediately after his victory, though he also admitted he doesn’t know if he’ll be giving up his day job just yet. “We’ll see, we’ll see. Tonight I’m just going to enjoy the party.”

“I’m a football player and I love singing. If I can combine the two, it would be dream come true for me. All I can do is take it as it comes.”