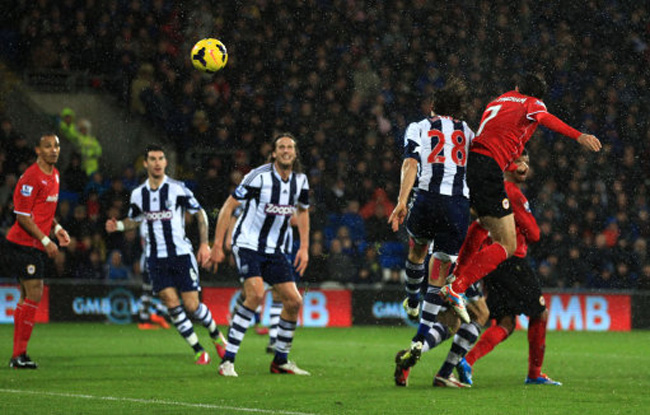 A Peter Whittingham header just after the hour-mark was enough to secure all three points for Cardiff on Saturday and ultimately it proved to be the goal which lost Steve Clarke his job. The West Brom boss had overseen three defeats in a row before the trip to Wales and despite having enjoyed a fine 2012/13 campaign, the defeat to Cardiff seems to have been a loss too far for the powers that be at the Hawthorns. It does seem a bit harsh but that’s football these days! As for Cardiff, those precious three points from what was a rather scrappy game moves them four points clear of the drop-zone.