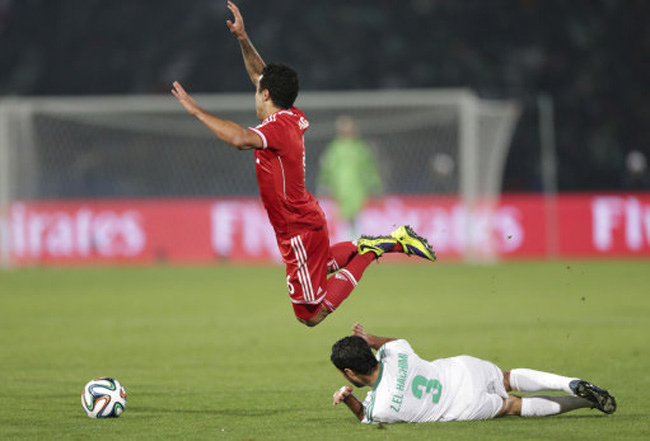 As expected, the all-conquering Bayern Munich strolled to victory against rank outsides Raja Casablanca in the final of the Club World Cup, with Dante and Thiago Alacantra securing a deserved 2-0 win for Pep Guardiola’s side. Despite playing inf ront of partisan supporters in Marrakech, Moroccan side Raja were never going to seriously trouble the Germans, who added to Club World Cup trophy to the Champions League, Bundesliga, German Cup and UEFA Super Cup gongs already secured this year. Not bad, eh?