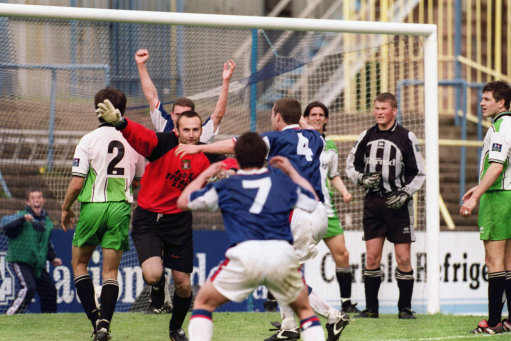 On this day, 15 (fifteen!) years ago at the tail end of the 1998/99 season, Carlisle goalkeeper Jimmy Glass achieved true “legend” status when his incredible last-minute goal against Plymouth Argyle to keep The Cumbrians in the Football League.

Carlisle needed to win to avoid relegation to the Conference and, with the score stood at 1-1 and just one minute of injury time left to play, it looked for all intents and purposes like they would be playing non-league football the following season.

Elsewhere, Scarborough fans were waiting with baited breath after seeing their side draw 1-1 with Peterborough at the McCain Stadium – knowing that, were results to stay the way they were with seconds left to play at Brunton Park, it would be Carlisle relegated instead of them.

Step foward (quite literally) James Robert Glass – on loan at Carlisle at the time – who trotted forward for a 91st-minute corner, pounced on a loose ball and duly wrote his name into the annals of football folklore for evermore…

His goal-scoring outing for Carlisle was Glass’ third and final appearance for the club, who failed to raise the necessary funds to keep hold of their heroic temp on a permanent basis.

Glass returned to parent club Swindon shortly thereafter before promptly being released, doing the lower-league rounds for several years before retiring from football in 2004, aged 27. 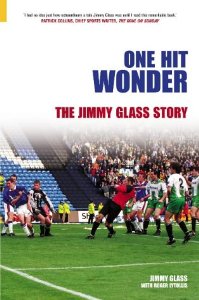