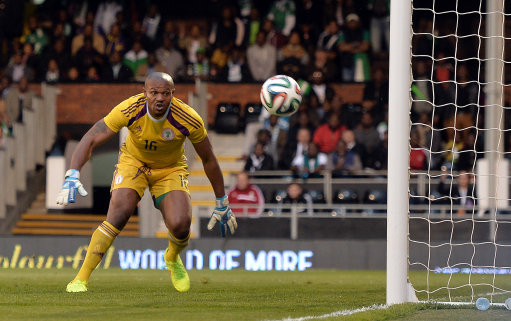 In the days leading up to Wednesday night’s friendly between Nigeria and Scotland at Craven Cottage, an investigation was launched into potential match fixing related to this game and reported to involve the Asian betting market.

The National Crime Agency, who were reported to be investigating the potential case, refused to confirm the reports and the game went ahead as normal.

Following a  cross from Nigeria’s right, the ball was somehow thrown into his own net by Nigerian ‘keeper Austin Ejide. The goal was ultimately disallowed however for a (soft) foul on the ‘keeper but it looked very odd.

Now we are not for one second claiming that anything untoward relating to match fixing was going on here, but it is sure to get some people questioning the nature of the incident, no?