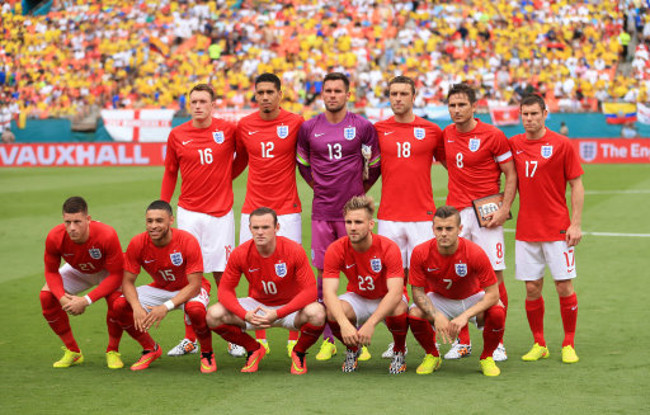 Roy Hodgson’s England side will have benefited from a very tough work-out against fellow World Cup side Ecuador in Miami on Wednesday.

An experimental side, with James Milner in a right-back berth and Ross Barkley, Rickie Lambert and Alex Oxlade-Chamerlain all starting, with the latter arguably England man of the match. However, it was the South Americans who would open the scoring, with Enner Valencia heading home against a rather shaky looking Three Lions’ defence.

Wayne Rooney levelled on the half-hour mark before Rickie Lambert netted a fine goal after the break. However, a rocket from Michael Arroyo made it 2-2 before Raheem Sterling was sent off after he went in heavily on Antonio Valencia, with the Manchester United winger also seeing red for his reaction.

All in all, the Ox (who worringly was subbed after a nasty tackle) and Barkley will have impressed Hodgson while defenders Phil Jones and Chris Smalling will be less happy with their own contributions.