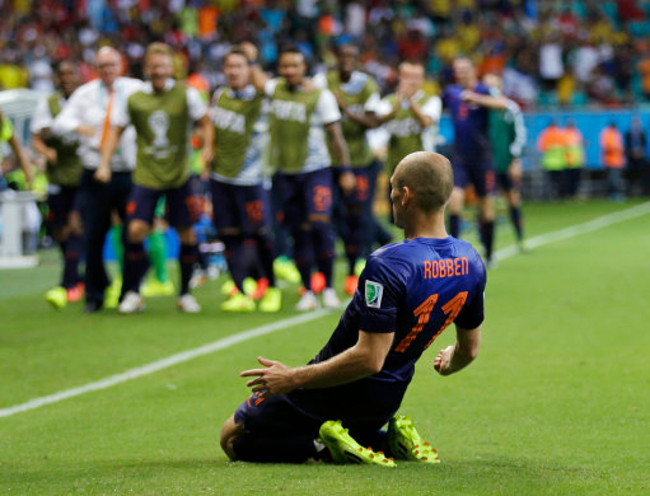 Nobody expected this repeat of the 2010 final to turn out as it did. And, with Spain taking the lead on 27 minutes, courtesy of a Xabi Alonso spot-kick, the game looked to be going according to plan. David Silva then fluffed his lines when presented with a glorious chance to make it 2-0 and that miss was a turning point in the game. Indeed, soon after the Man City playmaker’s miss, Robin Van Persie netted an absolutely outstanding headed goal after a superb pass from Daley Blind, and that goal which opened the floodgates for the Dutch.

After the break, Louis Van Gaal’s side simply over-ran a shell-shocked Spain, with the superb Arjen Robben bagging a brace, Stefan de Vrij scoring his side’s third and Van Persie robbing Iker Casillas before scoring his second of the game.

All in all, this was an incredible result and one which may well sound the death knell for the all-conquering Spaniards. As for the Dutch, despite being many people’s tip for an early exit, they may just prove all the doubters (including me) wrong.