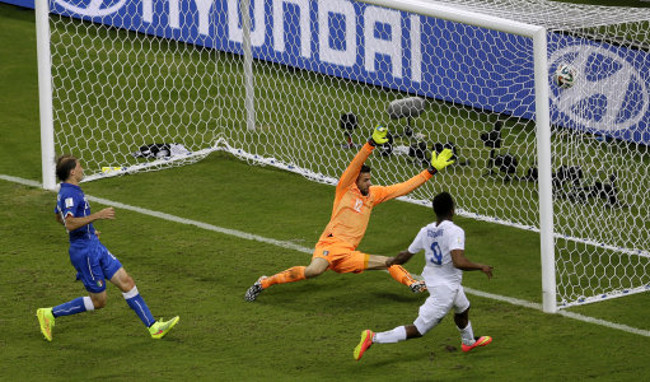 England produced one of their most vibrant, attacking performances in years in the heat of Manaus on Saturday night, but ultimately it was the well-organised and clever Azzurri who took all three points.

With Pirlo once again on top form, Italy took the lead on 35 minutes, with the Juve playmaker’s exquisite dummy setting up club team-mate Claudio Marchisio who rifled home from long-range. However, the Three Lions were level soon after, when Wayne Rooney’s pin-point cross found Daniel Sturridge in the box.

Rooney struggled to make an impact for large periods of the game but the like of Raheem Sterling shone in a highly entertaining and energetic England display.

England had always looked a little shaky at the back and eventually Italy’s winner came, with the superb Antonio Candreva crossing for Mario Balotelli, who eluded Gary Cahill and headed home. Pirlo then saw a magnificent free-kick crash off Joe Hart’s crossbar before the game ended with the more experienced Italians now in pole position in Group D.