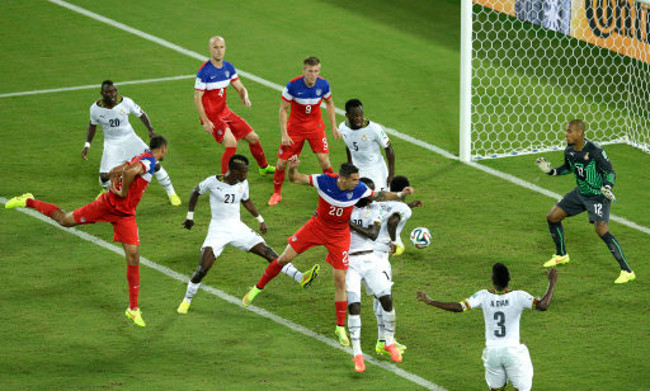 John Brooks was the match-winner for the USA on Monday night, heading home a late winner to secure all three points for Jurgen Klinsmann’s side against Ghana.

Clint Dempsey opened the scoring after just 29 seconds and after that the Black Stars pushed and pushed for an equaliser, peppering Tim Howard’s goals with often wayward efforts. However, the leveller eventually came on 82 minutes courtesy of a superb effort from Andre Ayew. But the game wasn’t over yet. Just minutes later half-time sub John Brooks powered home a header from a corner to send the US fans wild. German-born Brooks, who was making just his fifth senior appearance for the USA, slumped to the ground in disbelief and joy as his side won the game.

Ghana now have it all to do if they are to match their quarter-finals appearance from 2010 while the USA will face Portugal in their next game full of confidence.