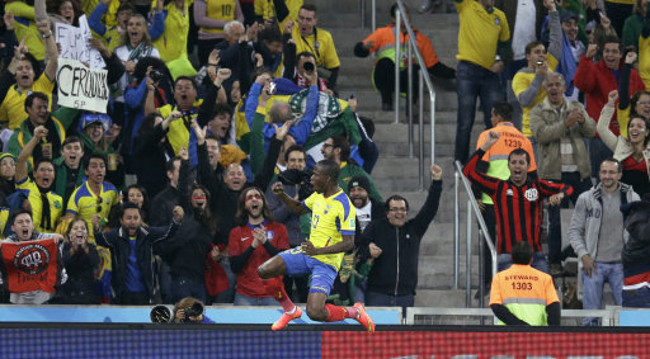 A brace from Enner Valencia was enough for Ecuador to overcame a hard-working Honduran side on Friday.

The fabulously-named Carlos Costly opened the scoring for Honduras on the half-hour mark, lashing home after a long-ball. However, Pachuca striker Valencia levelled the scores just three minutes later before eventually making it 2-1 just after the hour-mark.

Overall, Ecuador just shaded things and now go into their final Group E game against France with a decent chance of making it to the last 16. As for Honduras, they can be happy to have bagged their first World Cup goal since 1982.