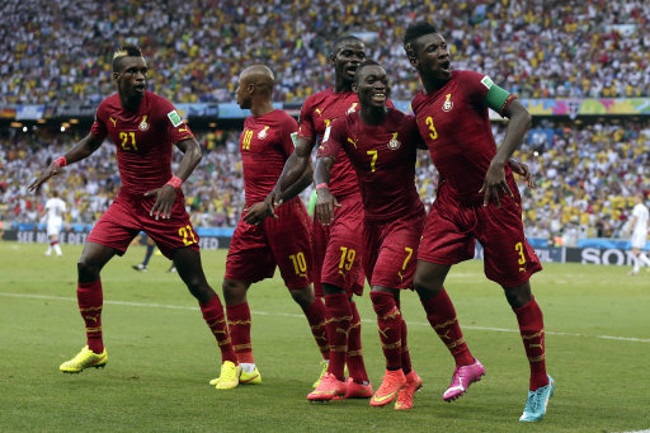 After a rather subdued first half to this Group G clash in Fortaleza, the game sprung to life in the second period with both sides going for the win. Bayern attacker Mario Goetze opened the scoring courtesy of a dodgy header which hit his knee and went in but the Black Stars were soon on level terms Andre Ayew headed home the equaliser as the game opened up.

Ex-Sunderland man Asamoah Gyan’s fine finish after a misplaced pass from Philipp Lahm sent the African fans wild as the Ghanaians looked to get a win on the board after losing their opening game to the USA. However, German boss Jogi Loew threw on veteran hitman Miroslav Klose and Bastian Schweinsteiger and the changes paid off quickly when Klose finished from close range after a Benedikt Howedes header. That goal saw the Lazio man equal Ronaldo’s record of 15 World Cup goals.

There were still chances in the game for both sides but ultimately this cracker would ended level. Germany stay top of the group with four points while Ghana are still in with a shout of qualifying for the knockout stages if they can beat Portugal.