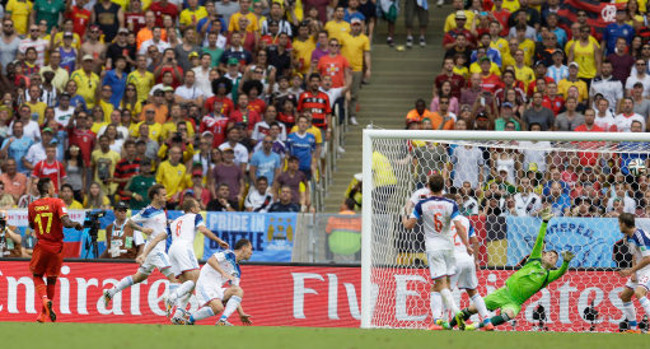 Once again Belgium had to work hard for their victory in Group H, with youngster Divock Origi netting at the death after great work from Eden Hazard.

Russia gave as good as they got, however, and should have taken the lead when Alexander Kokorin headed wide from close-range when he really should have scored, Belgian striker Romelu Lukaku looked nothing like the man who terrorised defences in the Premier League last season and it was his replacement, Origi, who would ultimately make the difference. The Red Devils go through to the knockout stages while Fabio Capello’s Russia are hanging on for dear life.