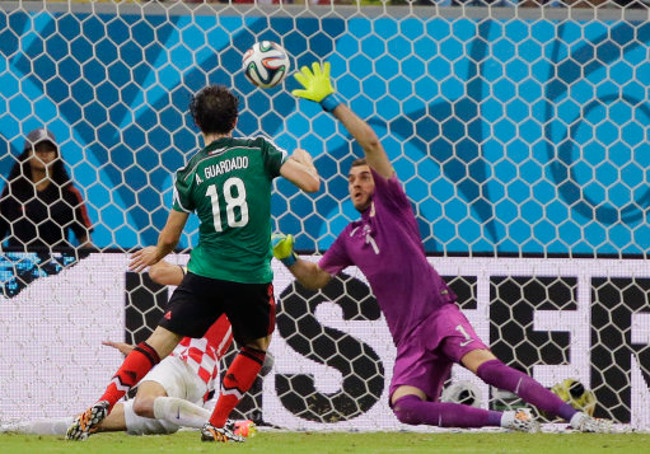 Mexico deservedly beat Croatia 3-1 on Monday to book a their place in the knockout stages where they will face the Netherlands.

El Tri were the better of the two sides for long periods of the game but it too until the 72nd minute for the deadlock to be broken, when veteran defender Rafael Marquez headed home for the opener before Andres Guardado and then Javier Hernandez sealed the deal.

Ivan Perisic, arguably Croatia’s best player in this World Cup, then bagged a consolation goal before sub Ante Rebic was shown red for the Europeans after a nasty challenge on Carlos Pena.