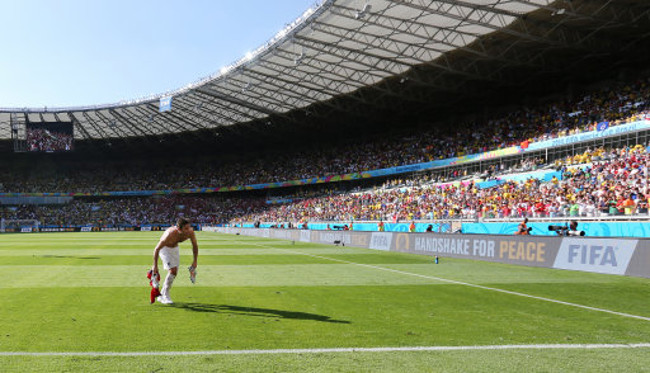 Roy Hodgson made a whole load of changes for this dead-rubber of a game (for England) but the likes of Jack Wilshere and Adam Lallana still couldn’t secure a consolation win against Group D’s surprise package Costa Rica.

Daniel Sturridge came closest to breaking the deadlock for England while Celso Borges say his free-kick tipped onto the frame of the goal by Ben Foster.

With Los Ticos focused on the Last 16, there was little in the way of excitement here, although Steven Gerrard and Frank Lampard did rekindle their much analysed midfield partnership in the second-half.

England go home after a disappointing campaign while Costa Rica will face most likely face Ivory Coast in the last 16.