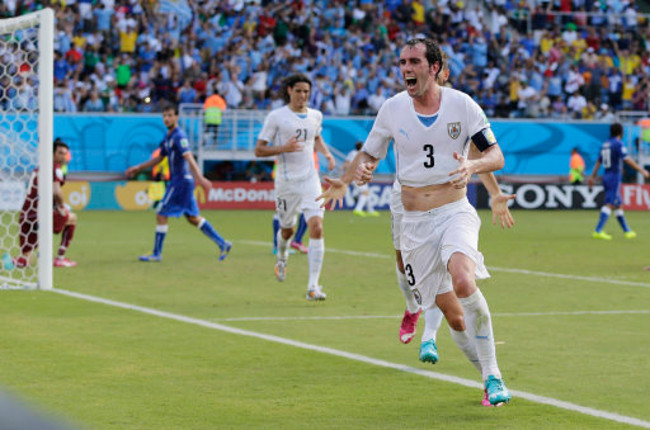 This was a proper old school, niggly game between two of the best nigglers in the business. The Luis Suarez biting incident, which happened towards the end, is sure to overshadow what was a rather dull game with few chances for either side.

Just before the hour-mark, Juventus midfielder Claudio Marchisio was rightly sent off for a dangerously high challenge on Egidio Arevalo in a game which was played with a spiteful edge throughout.

However, Diego Godin, star of Atletico Madrid’s superb 2013/14 campaign would emerge as the goal-hero for Uruguay, heading home from a Gaston Ramirez centre to put Uruguay go through to the last 16 and send the Azzurri home.

Manager Cesar Prandelli has since announced his resignation while one wonders if FIFA will take retrospective action on Suarez’s dental assault on Giorgio Chiellini.