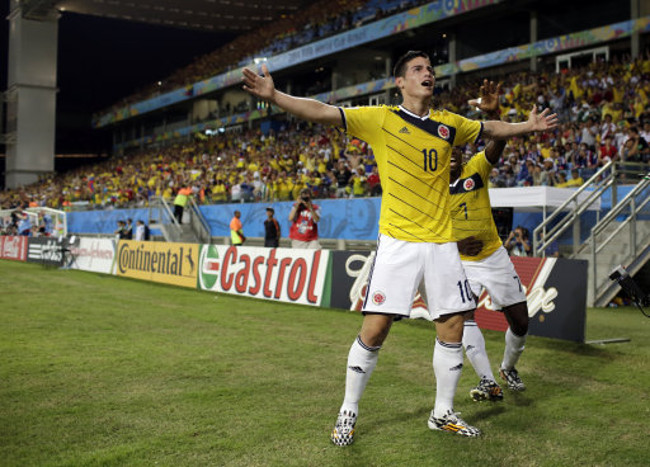 Colombia eased into the last 16 courtesy of another fine attacking display, this time against Japan.

Highly-rated wideman Juan Cuadrado opened the scoring from the penalty spot on 17 minutes but a Shinji Okazaki header on the stroke of half-time gave the Blue Samurai hope. However, after the break, Porto’s Jackson Martinez bagged a brace before sub James Rodriguez made it 4-1.

Considering Colombian boss Jose Pekerman had rested a number of first-choice stars for this game, with his side having already qualified for the last 16. With such a strong squad, Los Cafeteros will no doubt fancy their chances against Uruguay in the knock-out stages.