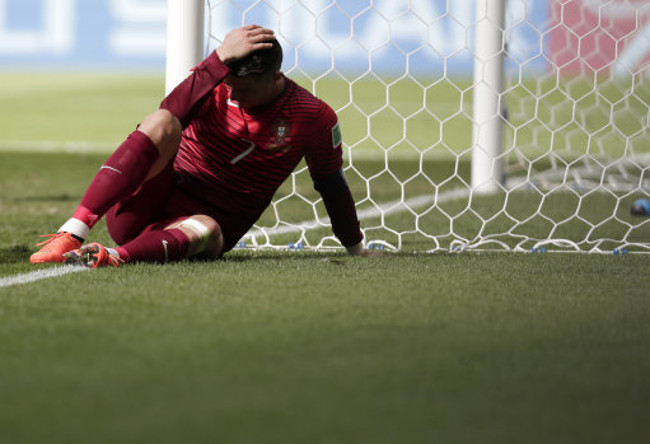 Despite beating Ghana 2-1 in an entertaining game on Thursday, Portugal joined the list of big name European sides to bow out at the group stages of the 2014 World Cup.

On the half-hour mark, the wonderfully monikered John Boye netted an unfortunate opener for Portugal, putting through his own net after a cross bounced up right in front of him. However, early in the second-half the in-form Asamoah Gyan headed home to level the scores and keep the Black Stars in with a shout of qualifying ahead of the USA and the Portuguese. However, late on Cristiano Ronaldo, who hasn;t quite lit up Brazil this summer, fired home to at least give his side a win.

Overall, both sides had plenty of chances to win the game, with Ronaldo going close on a number of occasions at the end but ultimately the result saw neither side make it into the last 16.